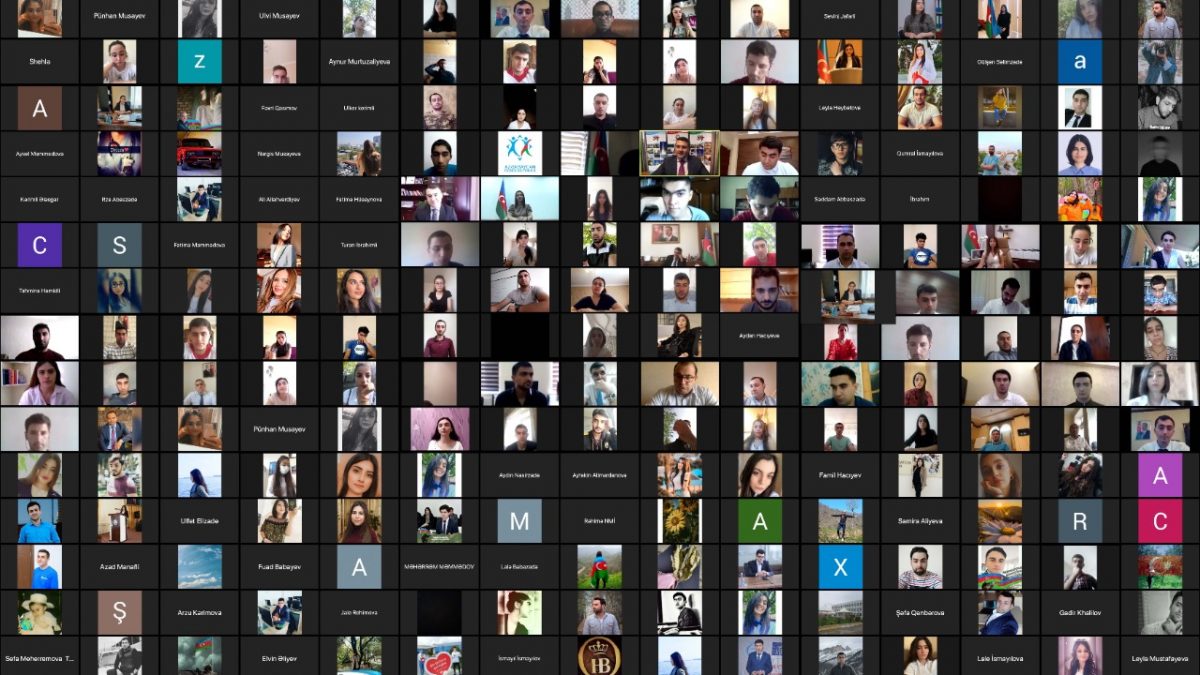 On August 14, 2020, an online forum on the topic of “Armenia’s military aggression against Azerbaijan and Armenian provocation, the role of youth in conveying the truth about Azerbaijan to the world” was organized by the Youth Foundation of the Republic of Azerbaijan.
In this forum etraordinary and plenipotentiary ambassador of the Republic of Azerbaijan to the Republic of Turkey Khazar Ibrahim, general consul of Azerbaijan in Los Angeles Nasimi Agayev, executive director of the Youth Foundation of the Republic of Azerbaijan Farid Jafarov and chief of the press service of the Ministry of Foreign Affairs Leyla Abdullayeva had took part with their speeches.
Responding to the questions posted by the youth on the official Facebook page of the Youth Foundation, the officials spoke about the important role of young people in conveying the truth about Azerbaijan to the world, the importance of youth in this field and the importance of networking for a common cause.
At the same time, in their speeches, the officials stressed the importance of the actions of our compatriots living abroad in support of the Azerbaijani army, praised the broad sense of patriotism of our modern youth, their efforts to benefit the country through education and personal development.