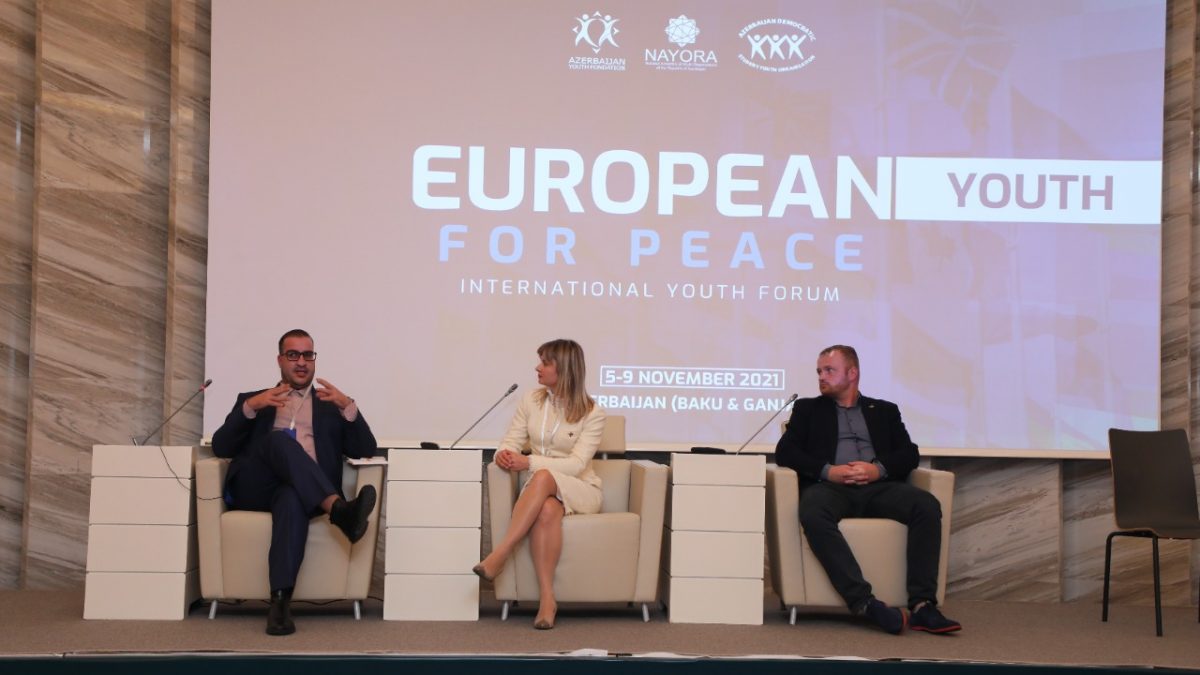 The heads of more than 30 influential European youth organizations have gathered in Baku for the International Youth Forum “European Youth for Peace”.

The main topic of the Forum, which took place on the eve of the historic victory of our glorious army under the leadership of Supreme Commander-in-Chief Ilham Aliyev, is the role of youth organizations in strengthening peace and security in Europe.

The opening ceremony of the forum was attended by more than 30 heads of youth organizations representing 21 European countries, young leaders, active young experts and heads of leading youth and volunteer organizations of our country, deputies and government representatives.

The speakers noted that the 44-day war for the liberation of our lands is written in our history, and they said the forum, which took place on the anniversary of our victory with the participation of representatives of international youth organizations, was a suitable platform for the wider presentation of our rightful position.

It was noted that this victory is of special importance not only for the people of Azerbaijan, but also for the international community, because the end of the conflict was important for international law and justice.

The forum also included panel discussions on three topics: the role of youth in peace, security and conflict resolution. During the discussions, the guests congratulated the people of Azerbaijan on the victory and spoke about the positive contribution of the end of the occupation to peace and security in Europe.

In the coming days, the Forum participants will hold meetings in government agencies, visit the city of Ganja, which was subjected to missile attacks by Armenia during the war, as well as Agdam, which was liberated from occupation.

The forum resulted in the accepted of a Declaration supporting Azerbaijan’s calls for peace, cooperation, good neighborliness and security in the South Caucasus and the region.

It is also planned to set up a cooperation platform, which called “European Youth Sustainable Peace Network” with the participation of European youth organizations in Baku.

Before the event, the forum participants visited the Martyrs’ Lane, I and II of  Alley of Honor , and viewed the exhibition “Karabakh realities in photos” at the Baku Congress Center.