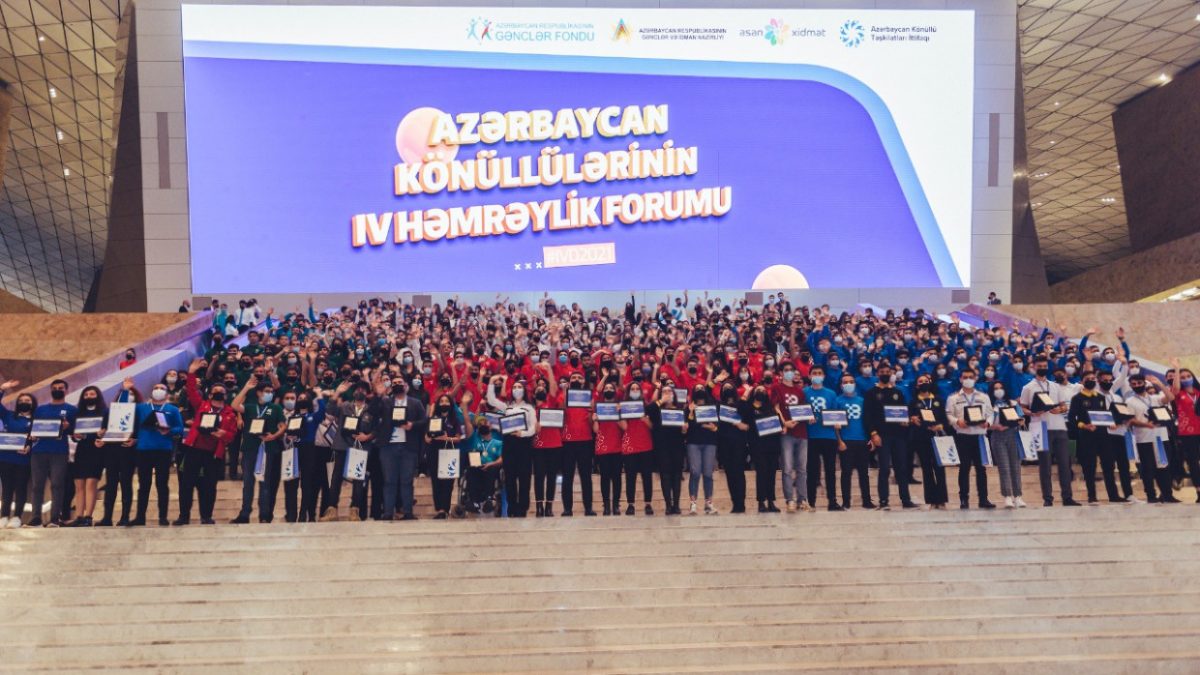 “The 4th Solidarity Forum of Azerbaijani Volunteers” was held on the occasion of the International Volunteer Day on December 5. The forum was attended by more than 1,000 active members of 20 volunteer organizations.
Before the forum, volunteers honored the memory of National Leader Heydar Aliyev in the Alley of Honor and laid flowers at his grave. The volunteers also visited the Martyrs’ Alley and honored the memory of our martyrs who died for the territorial integrity of Azerbaijan.
The forum held at the Baku Congress Center, opened with an exhibition of volunteer organizations. Information on the activities of Azerbaijani volunteers in various fields was displayed on the individual stands of 20 organizations. At the exhibition organized, entertaining and intellectual games also, small flash mobs for volunteers.
At the opening of the event, the national anthem was sung and the memory of the martyrs of the Patriotic War was commemorated with a minute of silence.
It was noted that volunteers and young people in general play an important role in the historic victory of our glorious army, in addition to fighting on the front lines, they are actively involved in exposing enemy lies in the information war and caring for war victims in the rear, which we were celebrated the first ceremony last month under the lidership of Ilham Aliyev.
A report on the activities of the Union of Volunteer Organizations of Azerbaijan (USAO), which unites more than 20 volunteer organizations and movements, was presented at the event. It was noted that in 2021, tens of thousands of young people participated 300 projects under the USAO. These activities covered 64 cities and regions of the country. At the event also shown video reports on the activities of volunteers in different fields.
Congratulating the Azerbaijani volunteers on the occasion of the forum, Executive Coordinator of the UN Volunteers, Toily Kurbanov spoke about the importance of this activity.
Speaking at the official part, Chairman of the State Agency for Public Service and Social Innovations under the President of the Republic of Azerbaijan Ulvi Mehdiyev, Assistant Minister of Youth and Sports Indira Hajiyeva and Executive Director of Youth Foundation Farid Jafarov spoke about the activities of volunteers during the year and the processes supporting them. There was noted that one of the main directions of the youth policy, is the involvement of young people in volunteer activities implemented under the leadership of Supreme Commander-in-Chief President of the Republic of Azerbaijan Ilham Aliyev. It was noted that on the recommendation of the Presidentç voluntary movements have been established under most government agencies. By the proper decree of President Ilham Aliyev, 2020 has been declared the Year of Volunteers in our country. Over the past three years, the number of volunteer organizations in the country has increased many times, and this process is still ongoing.
During the event, 5 nominations were awarded during the year – distinguished volunteers in government agencies, large-scale events, social projects, environmental campaigns and long-term volunteerism. 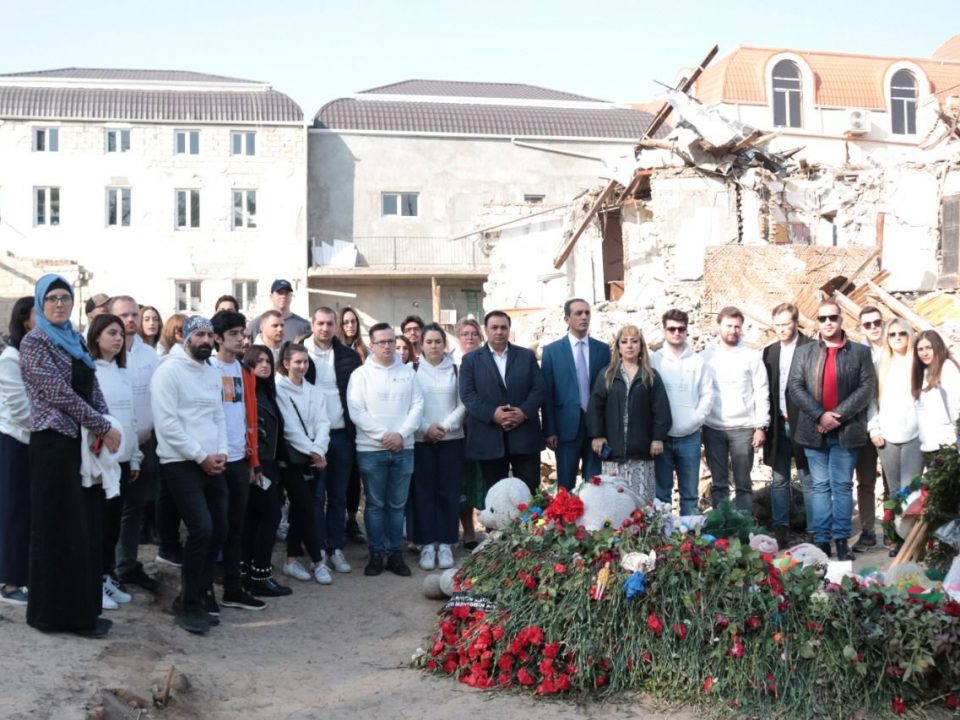 The participants of the International Forum visited Ganja.