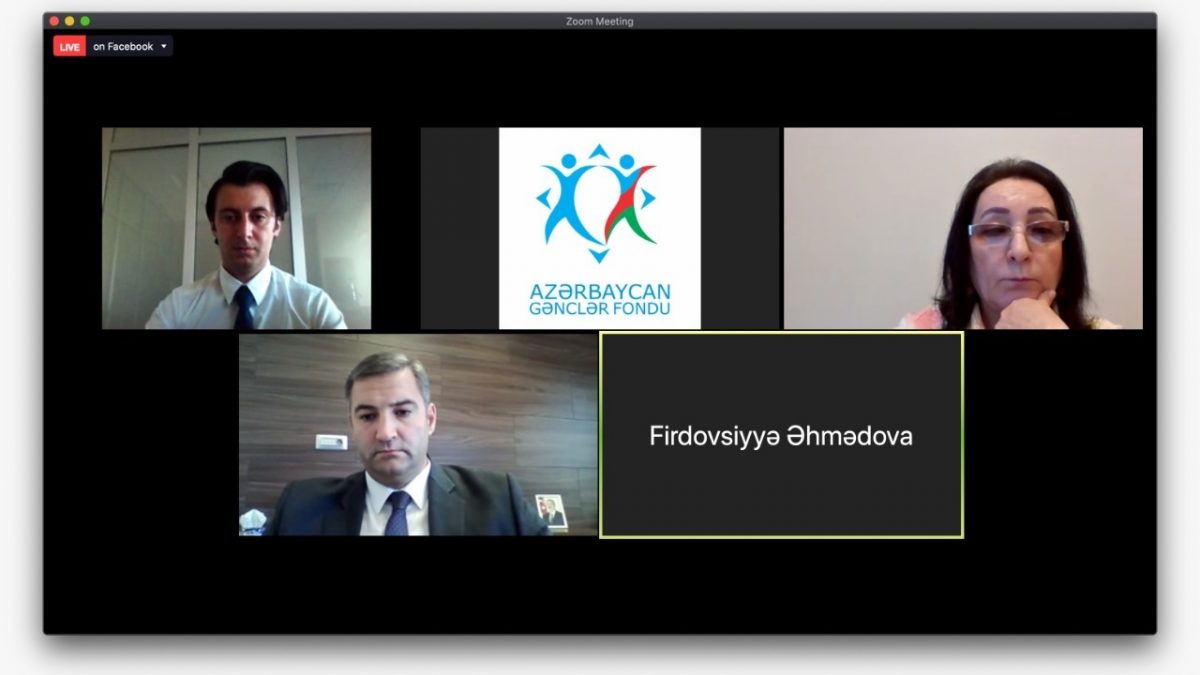 On September 8, 2020, an online meeting on “Azerbaijan’s statehood traditions in the historical prism” was organized by the Youth Foundation. The meeting was broadcast live on Facebook.

Gadir Khalilov, Deputy Executive Director of the Azerbaijan Youth Foundation, Firdovsiya Ahmadova, Head of the History Department of the Academy of Public Administration, and Professor Tahira Allahyarova, Member of the Board of the Center for Social Research, Head of the Department, spoke at the event.

The speakers emphasized that Azerbaijan has an ancient and rich tradition of statehood, spoke about the history of the formation of our statehood, the tumultuous and at the same time glorious development. It was especially noted that after the return of national leader Heydar Aliyev to power in 1993, a modern model of statehood was created in Azerbaijan, and important steps were taken to form a legally, democratically and economically strong state. At present, the domestic and foreign policy pursued under the leadership of President Ilham Aliyev is aimed at further strengthening our national statehood and ensuring our national interests to the maximum.

The audience who joined the online event took an active part in the discussions and addressed their questions to the speakers.

At the end of the event, an intellectual competition was held for young people.