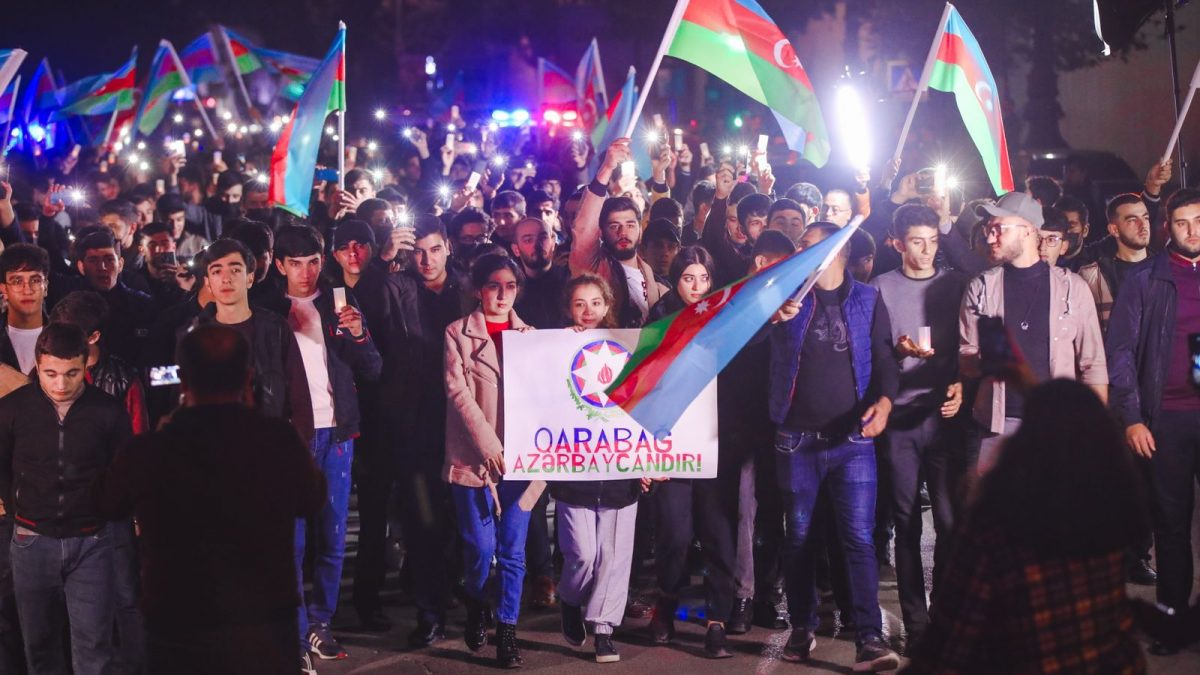 One year has passed since the Armenian armed forces launched ballistic missile attacks on Ganja, the second largest city in Azerbaijan. The Youth Foundation of the Republic of Azerbaijan and the Union of Student Youth Organizations of Azerbaijan are organized a march in Ganja on the 1st anniversary of the terrorist attack. The purpose of the march, which took place on the night of October 16-17, is to commemorate the victims of Armenian vandalism during the war and ceasefire, to inform the world community about the Armenian terror targeting civilians far from the war zone. In addition, it was to show that young people will never forget the terrorist attacks that violate all international law.
The march, which was attended by 1,000 young people, including representatives of the country’s leading youth organizations, volunteers and students, began in the center of Ganja and continued to the area where the terrorist attack took place. At the end of the march, representatives of youth organizations made a statement on behalf of the Azerbaijani youth in front of media representatives and young people. The statement said that the Armenian side strongly condemned the attacks on civilians living in Ganja, Barda, Mingechevir, Tartar, Tovuz, Shamkir, Dashkasan, Goranboy, Yevlakh, Agdam, Agjabadi, Beylagan, Gabala, Kurdamir, Khizi and surrounding settlements.
The young people participating in the march commemorated the victims of terrorism and the martyrs of the Great Patriotic War.