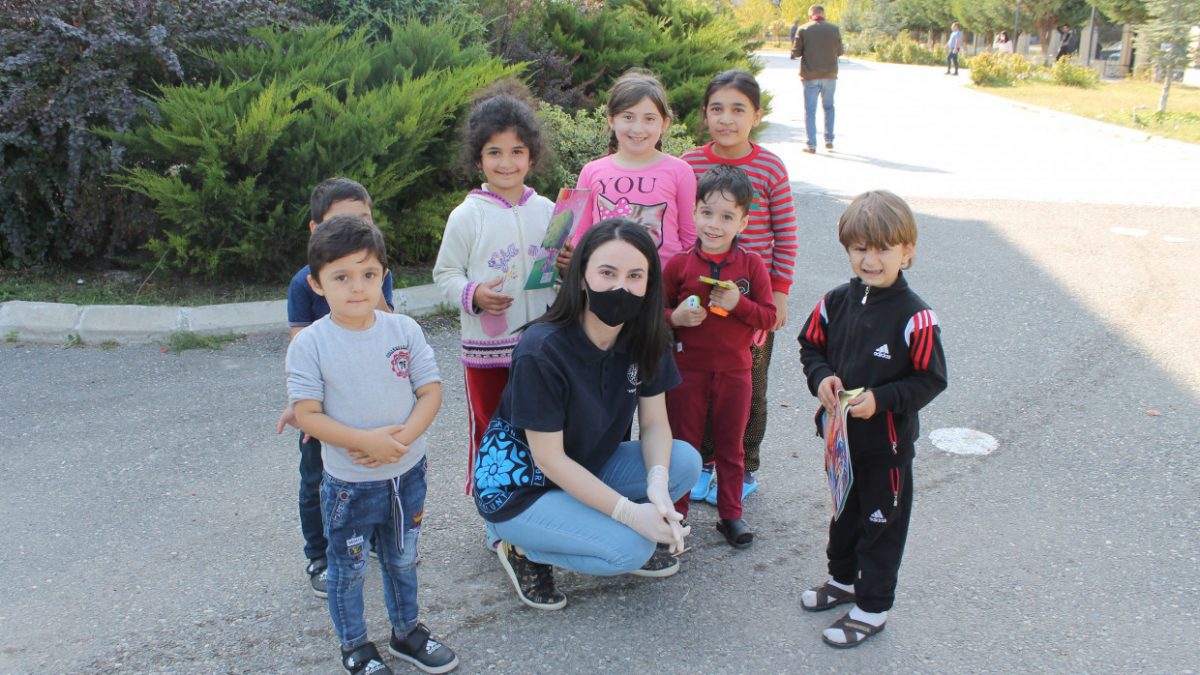 Azerbaijani volunteers visited families displaced by the Armenian armed forces’ regular fire on Azerbaijan’s civilian population and civilian infrastructure, including residential buildings, and in many cases rendering them uninhabitable.

As is well known, such families were placed in temporary shelters by the state. Volunteers who visited the shelters met with young children there, took small surprises to relieve the psychological stress they were going through in connection with the war, and raised their spirits, distributed paint booklets, painted together, and played various games.
The volunteers said that they were living witnesses to the great historical event that is currently taking place in our country as moral support for children, that the lands of Azerbaijan occupied by Armenia will be liberated as soon as possible by our army under the leadership of Supreme Commander Ilham Aliyev, and that everyone will soon return to their home.
The children, who have forgotten the hunger for their deprivation with the constant victories of our army, said that they welcomed every good news of Mr. President’s victory with great joy and that our heroic soldiers are an example for them today. They are waiting for the day when we will soon win this war of attorneys and travel to Shusha.
It should be noted that Azerbaijani volunteers are always actively involved in the activities carried out in the country and demonstrate their readiness at any time to support our people during the war for the freedom of our lands.